5/5 – (1 vote) Anyone working in IT industry has at least of experience with DNS request failure which can be quite disturbing in this post in the continuous series of Avanetco blog we are going to check nslookup commands as a great way to deal with that problem. nslookup is used to query a […]

5/5 – (2 votes) Docker has become an inseparable part of projects due to its flexibility and advantages it brings to a development team in this post we’re gonna take the first step in our blog on the road to learning docker by How to install docker on linux. Before we start let’s clarify a […]

How to extend partition in windows

5/5 – (1 vote) To extend partition in windows you have to add the amount of desired capacity and then considering windows limitations for extending a new partition decide which way to add it. we have also covered this topic for linux as well. increasing capacity can be done two ways you can extend an […]

How to increase Linux partition

5/5 – (1 vote) If you are an system admin you know that the scenario where you have to increase Linux partition happens more than often as data grows you may need to extend a partition or a disk so in this post in the series of Avanetco linux guides we’ll cover that. when you […]

how to solve ” Deceptive site ahead “

5/5 – (2 votes) Nowadays all most all browsers have anti malware and anti phishing enabled by default. so once a website is blacklisted by google , users will see the page below so in this post we will explain about Deceptive site ahead error. most pages that are infected are none hackers basically normal […]

How to install DirectAdmin

5/5 – (2 votes) To continue covering control panel installations, in this post we are going to cover how to install directadmin again like cpanel, directadmin is only supported on Linux and you need a valid license for it. to purchase license try this link. license activation is based on public IP address so you […]

how to SSH into a linux server

5/5 – (1 vote) In this article we are going to cover how to connect to a server weather it is a physical or a Virtual server you can .  connect to it from anywhere around the globe through SSH. so lets get to how to SSH into a linux server if you are using […]

How to connect to remote desktop

5/5 – (2 votes) In this article we are going to cover a simple yet so practical job on how to connect to remote desktop. when a user buys a VPS or a dedicated server depending on their OS they need to remote to that server as well as console connection. remote desktop connection is […]

How to Create MySQL Database in Cpanel

5/5 – (2 votes) A MYSQL database is an organized collection of data, generally stored and accessed electronically from a computer system ، The MySQL user is a record in the MySQL server created for authentication purposes. This is different from the usernames you use in logging into Windows or even in your cPanel/WHM. Setting […]

How to configure redirects in cPanel

5/5 – (3 votes) A redirection occurs when a web server redirects a visitor from one web page to another web page. A common use of redirection is to create shorter, easy-to-remember URLs that redirect to longer URLs. Another use is to redirect visitors from old pages on a web site to newer, updated web […] Docker has become an inseparable part of projects due to its flexibility and advantages it brings to a development team in this post we’re gonna take the first step in our blog on the road to learning docker by How to install docker on linux.

Before we start let’s clarify a common question amongst beginners what is the difference between docker desktop and docker engine? well first of all you can use both of the to develop and deploy your application but the core daemon that runs your API’s and everything is docker engine. docker desktop consists of a virtual machine that has docker packages inside

you can install docker engine on variety of systems like mac, windows and linux. the table below shows supported distrobutions

there are number of ways to install docker on linux many private companies prefer to create their own repository and use it to install and update docker  you can learn more in this guide. but we stick to the simple more general way of using a package manager

to begin intsall docker on linux : 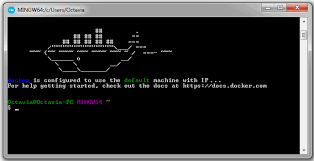 you’re all set now that you have install docker on Linux we are going to see so many cool projects done by it in our upcoming posts.